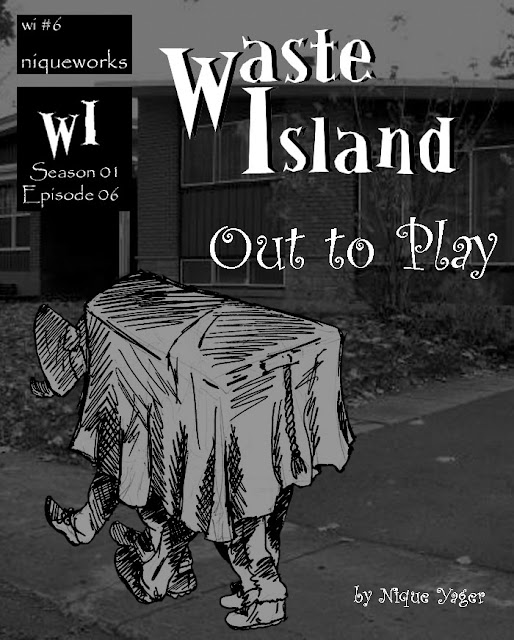 Cerise and the boys sat at their wall watching students walk by.  It was the Friday before Halloween so some people came to school in costumes.
“Losers,” sneered Willy.  “How can they come to school looking like that?”
“How can you come to school looking like that?” smirked Karl.
“But that guy looked cool,” said Jay.  “I think he was Lex Luthor.”
“I think he’s just a skin-head,” said Vani.
“Maybe I should shave my head,” mused Jay.
“Stop trying to be Lex Luthor!” Karl snapped.
“Seriously, enough with the Smallville obsession.  That show sucks,” said Willy.
“For once I actually agree with Willy,” said Karl in surprise.
“That show is so gay,” Willy frowned.
“There should be a word for gay that isn’t, you know, offensive to gay people,” said Cerise.
“That word exists,” said Karl.  “It’s Smallville.”
They all laughed and watched a boy in a fright wig go by.
“Hey check it out, Jay,” grinned Vani.  “That guy’s dressed as you.”
“So you agree I should shave my head.”
“I like your hair,” smiled Cerise.
“We all do,” agreed Vani.  “It’s where we keep our stuff.”
Vani pulled the Sharpie out of Karl’s pocket and stuck it in Jay’s hair.  Jay pushed him away and searched for the pen.  Finding it, he uncapped it and tried to write on Vani’s face.  Vani directed Jay’s arm towards Willy but Willy deflected them successfully until Karl snapped the pen away and put it back into his pocket.
Having waited out this melee, Cerise sighed as she surveyed the crowds.  “I wish I would’ve dressed up.  I miss Halloween.”
“How can you miss something that continues to exist?” asked Vani.
“I mean I miss engaging in Halloween.  Dressing up and trick or treating and stuff.”
“You can still do that,” said Vani.
“I wish,” Cerise laughed.  “I actually went two years ago.  Everyone looked at me like I was a freak but I just didn’t wanna give it up you know?”
“No, we wouldn’t know anything about that,” said Karl with an eye-roll.
Sarah, Mel and Steph came along, walking towards student union.  They were all wearing black leggings, animal print tops and cat ear headbands.
“Are you guys Josie and the Pussycats?” asked Cerise.
“Pussy… cats,” leered Willy.
“Oh, eww,” sneered Mel, retreating into the student union room.
“Eurk, totally.”  Steph followed her in.
“I see you guys weren’t brave enough to wear the elephant to school,” Sarah smirked while looking at Karl.
“Piss off,” he retorted.  “Your kitty-litter awaits.”
“Yeah, whatever.  I’ll see you guys tonight.  Unless you change your route.”  She entered student union and closed the door behind her.
“What was she talking about?” asked Cerise.
“Nothing,” said Jay.
“What’s the elephant?”
Vani was about to speak but Jay interrupted him.  “It’s nothing.”
“Well it’s obviously something since everyone seems to know about it but me.”
“It’s nothing,” Jay insisted.
“What is the big secret!?  What’s the big deal?”
“We might have told you… before,” said Jay in a huff.
“Before what?”
“Nothing.”
“Fine.  Don’t tell me.  God, you’re so fucking Smallville!”
Vani, Karl and Willy laughed but Jay remained irritated.
“Have fun with Terry Shitatowsky on Halloween!”
“Yeah, I will,” Cerise declared, standing up and entering the student union.
“She’s right you know,” said Vani.  “You are pretty fucking Smallville.”
Posted by Nique at 6:37 AM No comments: