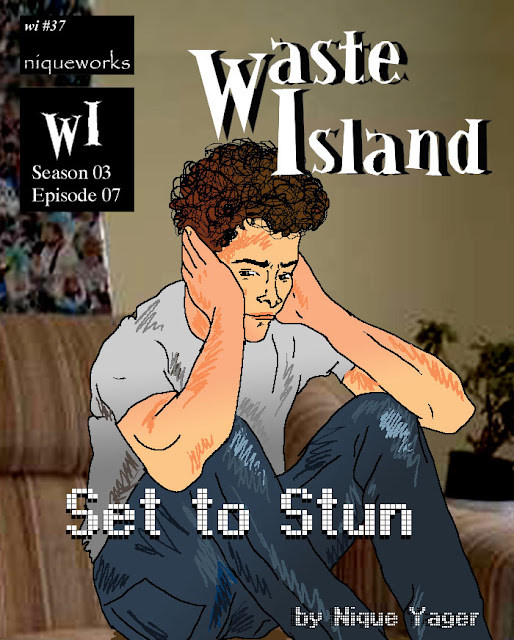 “So?” asked Willy as soon as he set foot in Jay’s basement.
“So what?”
“Have you made your decision?”
God dammit!  Jay thought for sure the guys would have forgotten about their stupid ultimatum to force Jay to pick between Karine and Cerise.  But apparently it was all Willy had been thinking about during x-mas break.
“This is such bullshit,” grumbled Jay.
“If you don’t decide we’ll make the decision for you and then expulse you anyway,” smiled Willy.
“You’re such a piece of shit, Willy,” spat Jay.  You’re just jealous, that’s why you’re being such an ass!”
“Yeah, I’m jealous.  You still have to choose.”
“Jay, this is not a difficult decision,” counselled Karl.  “There is no conundrum here.  You already have Cerise and getting Karine is highly unlikely.  Don’t be an idiot.”
“Seriously, Jay,” nodded Vani.  “I don’t see why this is becoming such a huge issue that it’s preventing me from gaming.  You know we have the Pendragi campaign to finish, right?  Why are you agonizing over this?”
“’’Cause it’s fucking bullshit!”
“Just make your choice!” yelled Willy.
“No!”
“Fucking choose!”
As predicted, the situation got physical and eventually Jay was in a headlock with Willy sitting on his face.  He had no choice but to relent.
“So have you made your choice?”
“Yes ok?  Yes I’ve fucking made my choice!”
Posted by Nique at 7:29 AM