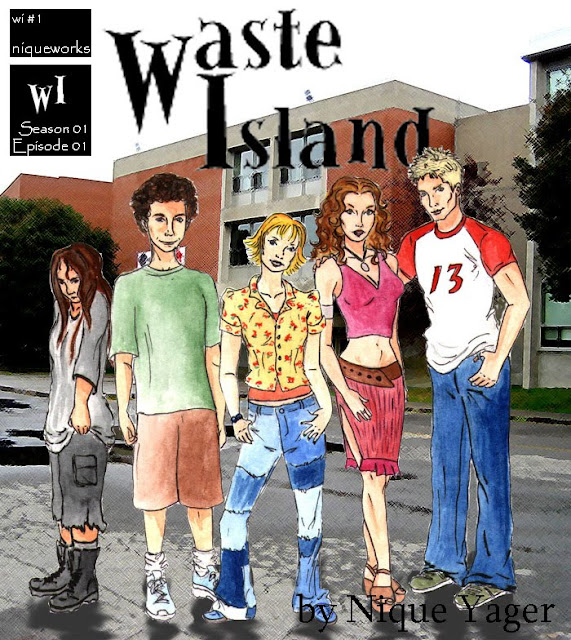 All Part of the Plan

Though Cerise Laframboise wasn’t the type of student to involve herself in non-compulsory school activities, she nevertheless decided to attend orientation day at Beaconsfield High School. This decision was made reluctantly but easily. True, it could be considered a waste of what was one of the last days of summer vacation but it had to be done because this was step one in Cerise’s new school year’s resolution: to finally become popular.
Of course, Cerise wasn’t so clueless as to believe that the cool kids would attend such an event, but she wanted to familiarize herself with her new school before the first day of classes so as to avoid looking like a spaz while trying to get her bearings on her first day. It was one thing to wander aimlessly as a sevener amongst other seveners, but Cerise was going into grade 11, her last year of high school, and she needed to learn the lay of the land.
It was a scorchingly hot August day but Cerise wore jeans instead of shorts, knowing that shorts were dorky unless they were like hot pants and also knowing that she didn’t have the thighs or the courage to pull off hot pants. She could have worn a skirt, but she wasn’t really a skirt type of girl. She was more of a military-inspired shirt kind of girl, being a fan of pockets, buttons and collars. This day was exasperatingly hot though, so she’d almost left the house in a tank top, before remembering that she didn’t really have the courage or the breasts to pull off tank tops. Instead she wore one of her many short-sleeved, button down shirts.
With the aid of helpful, hand-painted signs, she made her way to the gymnasium where she found herself among a horde of infants who were no doubt preparing to enter grade 7. It was decidedly embarrassing for Cerise, at age sixteen to stand among all these miniature twelve year-olds but a bearded man was announcing that those entering Cycle 2 were to join Sarah Wong at the left side of gym.
Cerise looked over to the smiling girl who was very pretty and had long, lustrous black hair. Cerise walked towards her, happily separating herself from the throng of foetuses trying to tell their left from their right.
Wasting no time in implementing her popularity plan, Cerise walked up to Sarah Wong and said hi with as much enthusiasm as she could muster. Though this girl probably wasn’t the coolest chick in school, since she was volunteering at orientation day and all, she was wearing exactly the kind of short shorts only very thin and high self-esteemy girls could get away with. Also, her fingernails were painted blue so it certainly couldn’t hurt to get to know her.
“Hi! I’m Sarah!” was the friendly response.
“I’m Cerise.”
“What grade are you going into?”
“Um, Sec 5.”
“Me too!”
So far so good.
“What’s your name again?” asked Sarah.
Cerise took a deep breath, told Sarah her full name and then waited for the response. It was impossible for anyone to hear the name Cerise Laframboise without reacting, usually with amusement.
Laframboise was a perfectly reasonable French name but Cerise was rather unusual. And these two names combined was completely ridiculous. There were probably many places in the world where such a name might be pleasantly unique but those were places where no one spoke French and didn’t realize that Cerise means “cherry” and Laframboise means “the raspberry”. As it was, growing up in Quebec, Cerise had had to endure a lifetime of jokes and insults. Having told Sarah her name, Cerise expected the most common reaction, which was a wrinkled forehead, a smirk, a long pause and an elongated pronunciation of “okaaaaay”, which obviously meant “WTF? What a stupid name, you loser.”
“Oh my god, that’s the coolest name ever!” Sarah beamed happily.
Cerise scanned for sarcasm but was unable to detect any. At this point she made the firm decision that Sarah Wong would become her new BFF. Unfortunately Cerise’s joy was short lived as Sarah went on to state that she had just met another girl entering grade 11, whom she waved over. She was about to introduce them when Cerise interrupted.
“Shauna?!”
Posted by Nique at 1:13 PM