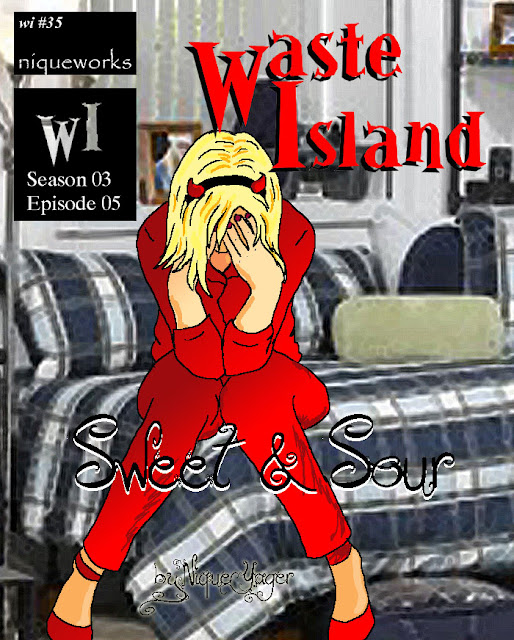 Cerise sat on what she presumed was Jeff’s bed, weeping like an idiot.  She hated that she cared so much but seeing Karine kiss Jay brought back all the old feelings from high school.  Why did she even like that loser?  He was such a piece of shit!  And Karine didn’t even care at all.  She was with Brady and probably just kissed Jay to make sure he’d always be her little lap-dog.  Which he would be.  He’d always drool over her and be completely oblivious to Cerise’s existence.  She was such a loser.

So far this was the least shitty party Shauna had ever been to.  No one was bugging her and she was pretty wasted and these chocolate bugs were pretty good.  Leanne was dancing with a bunch of people but Shauna stuck by the food table, drinking punch and eating candy bugs.  It was pretty cool.

“You ok?” Nick asked Terry.
“I fucking hate Jason fucking Harris and I fucking hate Cerise for fucking liking him.”
“What happened?”
“She kissed him.”
“Cerise kissed Jay?”
“No, Karine did.”
“Karine kissed Jay?”
“Yeah,” Terry huffed.
“Why would she do that?”
“I dunno!  She likes him or some shit, who cares?”
“I thought she was with that Brady guy.”
“Who gives a shit?  That’s not the point!”
“What’s the point?” Nick asked delicately.
“Cerise saw and she freaked!  I could see by her face.  Those huge eyes.  She was gonna cry!”
“Ok,” Nick nodded.
“Because she’s jealous!  Because she fucking likes him!  Still!”
“Ok.”
“Fucking hell!  I’m gonna kill him!”
“That’s a little hasty.”
“I’m so pissed at her!”  Terry squeezed his plastic sword so tightly it cracked and he threw it to the ground.
“Cerise or Karine?”
“Cerise!”
“Well maybe you should go talk to her.”
“Maybe I should fucking break up with her.”
Posted by Nique at 7:05 AM