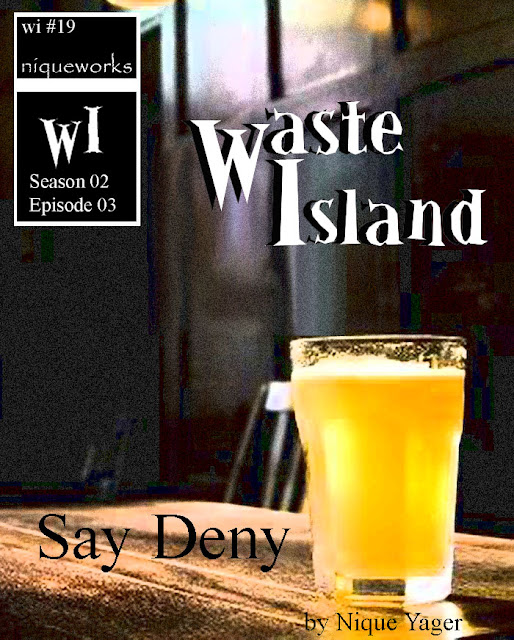 Cerise had no idea how to broach the subject with her mother.  It’s not that they weren’t close but they’d never been the most lovey-dovey mother-daughter team either.  They got along fine and were able to have interesting conversations at the dinner table about whatever was going on in the world, or discuss whatever they were looking at in a museum but Cerise had never really talked to Angela about anything personal.  For a moment, perhaps to delay bringing up the topic, she wondered why not.  She’d never really thought about it as a kid and in her early teens when her only friend was Shauna Darren, whose own parents were rather creepy, Cerise was glad for her own parents’ laissez-faire attitude.  All three Laframboise daughters had always been more or less left to their own devices, which worked out because they were all relatively mature and responsible girls, Julie’s brattiness notwithstanding.
But now Cerise had more friends and more parents to compare hers to.  Sarah’s parents were super involved and super encouraging about everything she did.  Jay’s parents were sort of sitcomish, just extremely normal and mainstream.  Terry’s dad was a jerk but his mom was nice and even his step-mom was cool.  But Karine’s parents didn’t even exist.  At least Cerise’s dad was sort of making an effort now that he’d moved out and at least her mom was always around, although less so since she’d started dating that stupid André guy.  Perhaps sensing that her daughters weren’t much into him, she usually went to his place for their dates although he’d been over for dinner a few times and even slept over.  So gross.
She joined Angela in the kitchen as she boiled some pasta for dinner.  In all honesty, Cerise didn’t need to talk to Angela about this at all, she could just go to a CLSC or the health clinic as Terry had done, but she felt nervous about this and she’d never gone to a doctor without consulting her mother first.  Cerise chastised herself for being so childish about the situation; if she was ready to have sex then certainly she was ready to see a doctor without crying to mommy, but still, Angela would want to know, right?  She’d gone all psycho when she suspected Julie was stepping out, surely she’d want a head’s up about Cerise’s sex life.
And it certainly wasn’t a taboo topic in this household.  Cerise and her sisters had all grown up surrounded by books about sexuality and development; they knew about everything that would happen in puberty before they’d even entered school.  In fact, Cerise had always prided herself on being smarter and more mature than her peers.  When they’d watched a sex-ed video in grade six everyone had tittered and either gotten embarrassed or made crude jokes but Cerise already knew everything mentioned in the video and more.  She’d always been a step ahead of her classmates until they’d reached an age where people actually started having sex, and then Cerise fell behind.  She seriously needed to catch the hell up.
“So I was thinking I should like, go on the pill,” Cerise blurted without preamble.  If her mom could have her boyfriend sleep over then surely Cerise could talk to her about sex.
Angela turned to her, her eyes wide, her mouth pulled into a tight smile.  “Ok.”
“So like, do I have to like see a gynaecologist or whatever?”
“Oh no, you can just see Dr. Gerlach.  She can give you a pap test and prescribe birth control.”
“Ok, that’s good.”  Cerise was relieved she’d be able to see her regular doctor, rather than some new person and was extra relieved her doctor was female.  She really didn’t want some old dude poking around in her privates.
“I hope you’re being safe in the meantime,” said Angela delicately.
“Oh, uh yeah, I mean no, I mean, we haven’t done anything yet,” Cerise stammered.  “I mean nothing, you know, nothing that can result in pregnancy… and stuff…” she trailed off.
“That’s good,” her mother smiled, continuing to stir the spaghetti.  “You were always the smart one,” she mused.
Cerise raised a brow and wondered if she thought of herself as more intelligent than her peers because her mother had raised her to believe it.  How had Angela been raised, Cerise wondered.  Grandma and Grandpa Simon were kind of cold and distant, and Cerise imagined her mother became a book lover because she’d needed to retreat inwards and those were the days before the internet existed.
“Mom, how old were you when you lost your virginity?” she asked.
“Oh, about your age,” Angela admitted.
“Were you in love?”
“I thought so at the time.”
“You don’t anymore?”
“Well at the time I had nothing to compare it to.  He was my first boyfriend, I was just doing what one does.”
Wow, is that all Cerise was doing?  Just having sex because all the cool kids were doing it?  Maybe.
“1981,” Angela went on, drifting into a memory.  “My god, I had no clue whatsoever,” she chuckled.
“Were you scared?” Cerise asked.
“Yes,” Angela smiled and nodded, then reached out for Cerise’s hand and squeezed it.
“Are you guys having like, a moment?” asked Simone, suddenly standing in the kitchen doorway.  “’Cause like, eww.”
Posted by Nique at 8:07 AM